I’m going to try to introduce different terms here to bring insights and knowledge for all Telraam Talks members. Some of these will be familiar to you, some may not. I hope we can all learn from them, and if you have more to add, PLEASE do add your thoughts in the discussion below.

Definition: the practice by motorists of using residential side streets or any unintended short cut […] road instead of the intended main road in urban or suburban areas (source: wikipedia)

We all know the phenomenon, but the English version of the term is quite descriptive. This is the decision by drivers, either because they are very familiar with an area, or because they are being led by route-planning solutions (sat-nav), to avoid congested main roads by diverting down alternative routes, usually roads not intended for such traffic. These are usually residential streets, or maybe commercial and private land, where previously the street or space might have been considered to be more open and safe.

‘Rat run’ is used not because it refers to ‘invaders in our homes’ but rather to the similarity to watching rats learning and adapting to mazes in laboratories, where their navigation behaviour is driven by seeking a reward at the end.

In many translations it seems that the word becomes “shortcut” which may or may not be true. The route could actually be longer, more complicated and risky, yet still reduce the total journey time for the person in the car. It might be interesting for urban mobility campaigners in non-English speaking countries to develop similarly descriptive nomenclature for this behaviour!

Local knowledge has always meant that those who are familiar with local streets can find their way around a diversion or traffic, but the limiting factor is generally that this is also ‘their neighbourhood’, so they have some social connection to the streets and residents, and so might be expected to treat them with some greater level of respect.

With the increase of commuting by car, and particularly with our deference to automatic route planning which accesses live traffic data (using apps like Google Maps or Waze), we have generally experienced a rise in ‘pass-through’ traffic on urban roads that are not designed for these levels of traffic.

The cost is more pollution, more noise, greater risk to other street users (pedestrians, individuals on bikes, etc.), and generally the loss of a sense of ownership of the streetscape by residents.

In exchange the ‘reward’ for those who drive on these routes, is usually a few minutes saved on their commute, savings that are quickly lost as the route becomes established and traffic grows on this route as well.

(can you add more terms, or more languages? suggest them below and I will update the post)

This first post was inspired by a conversation on this topic I had over the last few days. It is now such a common term in English that I had not realised it would be something I needed to explain in French

I also see that @Romain_Dalston mentioned it as a motivating factor for his campaign in Dalston (London), so I thought it would be a great topic to start with.

In Dutch, we indeed call this phenomenon “een sluiproute” or “sluipverkeer”.

And there’s even another term that resembles the English one: “fileratten” (or literally translated “traffic jam rats”). These are drivers who specifically seek to avoid a traffic jam by finding alternative routes. In case of a traffic jam on a highway, “fileratten” will even use highway rest areas/highway petrol stations to drive past a few hundred meters of stationary traffic and then try and cut the queue.

Did you know these “fileratten” are the very reason why Belgian highway rest areas have such complex designs (with lots of roundabouts, strange turns and bends, …)? That design makes driving within the rest areas slower, and thus discourages “fileratten” from using them.

I’ve heard the first two, but actually REALLY happy to hear you have ‘fileratten’ too

It has been years since I drove in Belgium so am not familiar with the highway stops, but it makes sense. Once it becomes an established behaviour, others will say “why not me too?” and it becomes ‘normal’.

I hope to discover similar, less well-known terms in other languages too

Lately, rat runs are becoming a heated topic of debate in my city, Antwerp. Rat runs can be observed in Antwerp’s residential streets almost every day during rush hour as car drivers seek to avoid the larger roads in and out of the city centre.

Now the holiday season is upon us and Christmas shopping has once again become the main human activity, these unending streams of cars are only getting worse.

People are posting videos of what that actually looks like in their small streets. These short clips really help visualize the problem and its impact on urban liveability. 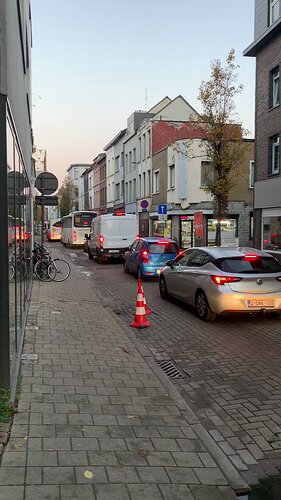 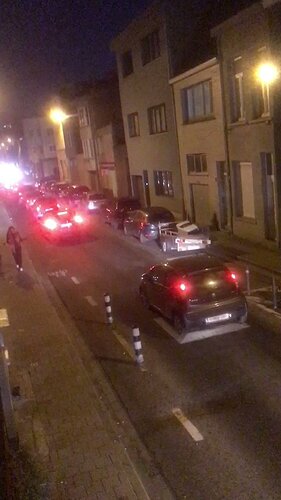 All the while, a handful of brand-new Park & Ride facilities at the city’s edge, where commuters can leave their car to switch to public transport or bicycle, are almost empty. 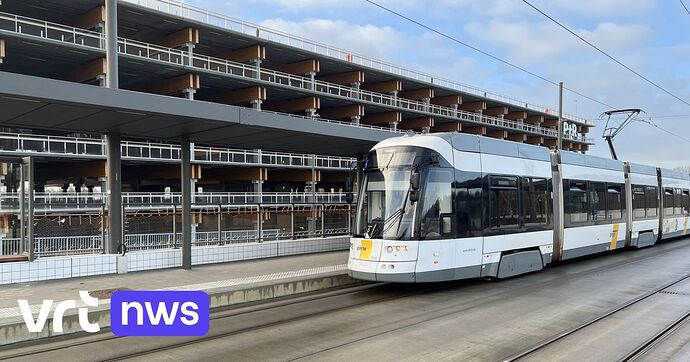