The perspective of three-year-old Jelle

" Unsere Straßen aus Sicht eines Kindes" shows the view of a three-year-old on his way to a kindergarten in Bremen. Simple and enlightening movie. Minimum widths, obstacles, vision all become something else when you’re a kid.

Great to have a different perspective than the one we are used to (we forget there are different ways to look at the world sometimes).

I must say that as a father, I was stressed throughout the whole film …

Indeed, nice perspective but so stressy despite the happy music :).

Elke, haven’t you made a similar film (YouTube) about the “woonerf - residential yard” in your street.
Such films shows us that certain traffic situations - which we are used to - are really not acceptable.

We shared a short film of the dangerous, numerous and heavy traffic when the Tiensesteenweg was closed (due to works bicycle tunnel) and the unofficial deviation went massively through our street (residential area ‘woonerf’ and important bicycle axis). 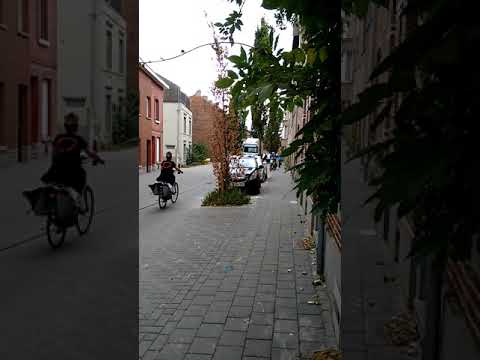