Please please can we have the option of displaying MPH on the web pages?

Yes I know that everyone should use SI units but in the Real World there are many folk that just plain don’t understand/use kilometers; especially when the street signs and speedometers in vehicles are marked up in mph.

I’m trying to get our Parish Council to install Telraam devices (S2 when they become available) around the village and currently have a Pi based one live. Whenever Councillors want to discuss the data from my device, I have to print out the graphs and hand convert/annotate kph to mph for them and that makes it much harder than it should be to get people to engage.

It really shouldn’t be that hard to have a kph/mph selector on the web page and to remember the users selection in a cookie (you already have this for language selection) - it’s just arithmetic.

Thanks @Russell. Where are you based? I assume it is somewhere in the UK?

We’ve had this request from others so I’ve moved it into this ‘feature requests’ category so others can vote for it if it suits them too.

I can definitely see some uses for it, but am I right to say it is only UK and USA that use MPH?

Yes UK based. This is me: 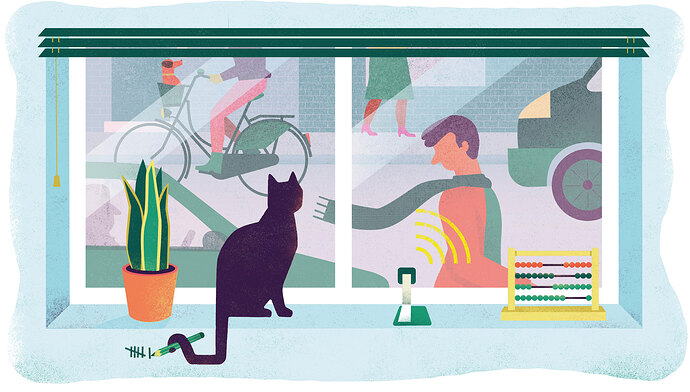 It’s mainly the UK and USA that use MPH but the resistance it creates for Telraam in communities that do use MPH can’t be appreciated until you’ve come across it.

I’ve had Councillors say “that’s rubbish; I don’t understand the numbers” and dismiss Telraam out of hand; hence spoon feeding them with hand annotated printouts of data. Remember a lot of local Councillors are from ‘older’ generations.

If this were my website, I’d budget a few hours to make a change like this and it would make a huge difference to the point of changing Telraam from no-go to go in many people’s perception. I’ve even considered pulling data from the API and producing my own website but that’s a bit silly as it really should be integrated into Telraam’s own code.

Very happy to help if I can.

We’re discussing this internally, but we hope to make some useful changes in the near future.

The issue is not just a data display issue, unfortunately, but also to do with how we capture and store data.

Since we are not a speed camera (with radar or similar features), we use calculations to work out a reasonably accurate picture of the speed of vehicles but not to a level that justifies storing a precise speed for each one. Instead, the data we capture about the object includes putting the observation in a speed ‘bin’ and these are built in 10kph increments.

So, if a vehicle passes the counter and we calculate the speed to be approximately 24kph, it would simply be tagged as ‘20-30 kph’ and added to that total.

It isn’t a simple thing to change this, or convert to using mph instead.

At least the values would be in mph while we look into the options for other changes.

Thanks for the reply. Nice to see it is being considered as an issue.

and that the data is stored in 10kph bins; that makes sense if you’re trying to store lots of data efficiently.

Your suggestion of changing the labels to mph with ‘equivalent’ values would indeed help significantly.

AFAICS it’s only the two graphs “Speed cars” and “Speed cars v85” that really need changing and if the viewer chooses MPH; then show a footnote below the graph (as you already do about indicative speeds) explaining that the speeds are stored in KPH and the equivalent in MPH is being displayed.

So in short… Yes! When can we have it

We’re working on this. We still need to get the S2 launched and a few other things, but hopefully not too long