New entities to the Telraam countings

share your thinking and comments to improve this idea

Thanks @Ferrie - these are interesting developments to the existing data structure

I’m glad to let you know that the S2 (the upgraded model of the Telraam sensor) will be able to separate motorbikes from human powered (or assisted) cycles, and so this will be available on your dashboard in 2023. In fact the new sensor will have multiple other new categories as well, but we will discuss these elsewhere.

The second category would be much harder, I would guess. If the only real differentiation is the potential speed, but the structure is very similar to regular e-bikes, then it would only really be possible to distinguish them if they were travelling at their highest speed, no?

I have to say I’m not familiar with this kind of bike. Do you have a visual example to link to? I’m curious to know more … and slightly scared at the idea of travelling as fast as 60kph on a bicycle!! 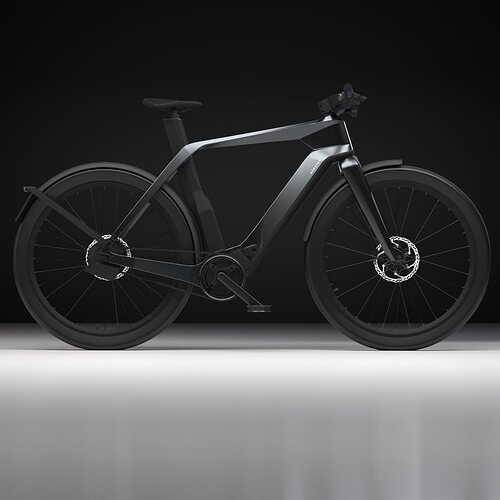 Lightweigt-speedpedelec-specter1015×1015 46.4 KB
hi Rob - it happens that ““The Specter 1, a brand new high-speed e-bike developed in the Belgium city of Ghent.”” >>
this info i got from a bike enthusiast Velocletta at speed pedelecs where some other brands are collected with links to their manufacturers
those high speed bike are really scaring when they pass by - besides the speed the frame of the bike are heavier then a ‘normal’ electric bike

Question:
when will the S2 be available for us users?

oh, wow! That is simultaneously beautiful but also very scary! At least it looks like it has very powerful breaks.

I’m still not sure whether even a highly-trained AI would be able to distinguish this from a standard e-bike, however, … unless is travels 4x faster past the sensor (which would be a big clue).

[There is an S2 update post coming soon, but we expect these to be available in early 2023]

Just a bit of extra feedback on the distinction bike/motorcycle. As Rob indicated, the new sensor will be able to do that, but accuracy of the sum (i.e. bike + motorcycle) will be better than accuracy for the individual categories. We still have to see how we’re going to deal with that. There’s a few iterations to go still developing the detection script of the new sensor.

For sure, distinction speed pedelec / normal bike will be impossible. Would be nice, but they are so similar, even for humans it’s not always clear, let alone for a low-end computer…